The steak has been marinating for a few days now. The pan is heated. Franc’s stomach is rumbling. But Liza’s co-workers surprise her with a birthday party. Will she be home on time? 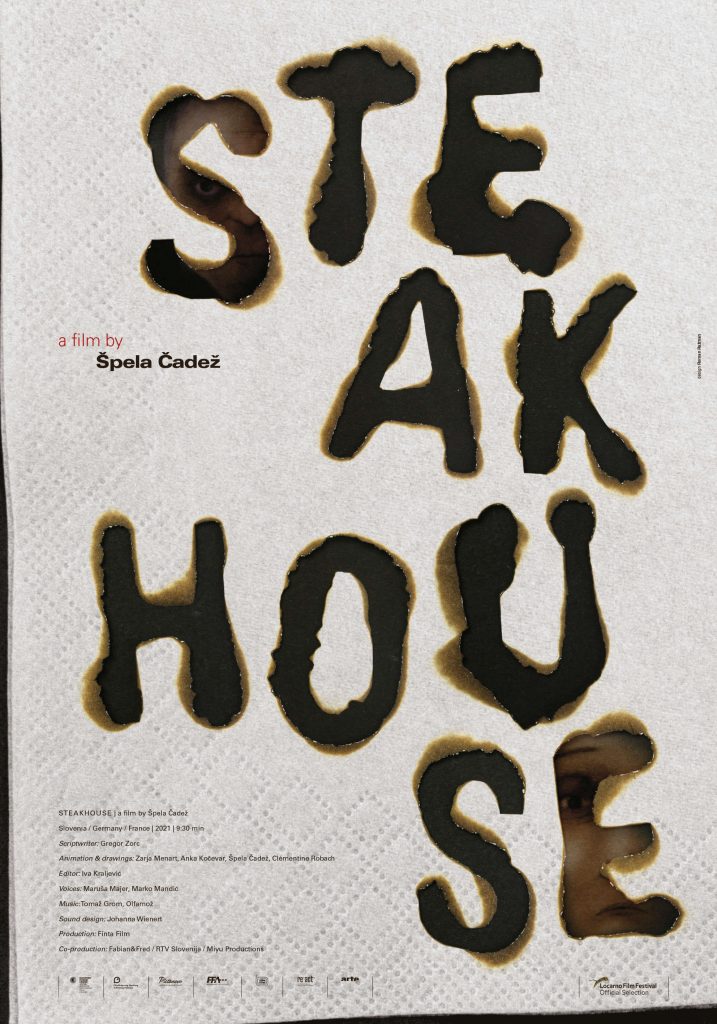 “This mature and refined work is indeed an impeccable animation, frightening and humorous at the same time, presenting a deceptively simple yet relevant story, brightened up by a deliciously biting feminist touch.” ”
Locarno selection committee

22.10.2021
Cooking Up a Tense Scenario: Špela Čadež Returns to the Festival Circuit with ‘Steakhouse”
by Ramin Zahed, Animationmagazine

19.8.2021
Ubiquarian Interview with Špela Čadež: “You challenge yourself by trying something for weeks, and then it suddenly opens up”

Špela Čadež is animation director and co-founder of Finta Studio in Ljubljana, Slovenia. Her films have received 130+ awards at festivals worldwide and were screened in competition selections such as the Sundance Film Festival, Clermont Ferrand and Annecy. A passionate advocate for the analogue, Čadež has impressed with films in puppet and cut-out animation techniques. In 2018 Špela was invited to become a member of the American Academy of Motion Picture Arts and Sciences.

Rythm and music play an important role in the film, giving the viewer insight into Franc’s functioning and dictating his preparation for the special event. The main theme in the film comes from Olfamož, a Slovenian improvisational band collective composed by and around the multiinstrumentalist Andrej Fon. Musicians from different scenes, freejazz, alter-rock and neofolk, mix genres from noise through Afrobeat to postrock. The music was selected by the director’s longtime collaborator Tomaž Grom, who understands music as a medium of communication rather than aesthetic pleasure, moving easily between free improvisation and predetermined structures. Tomaž Grom also composed the final song, performed by Irena Tomažin Zagoričnik, a devotee explorer of the voice as an instrument. 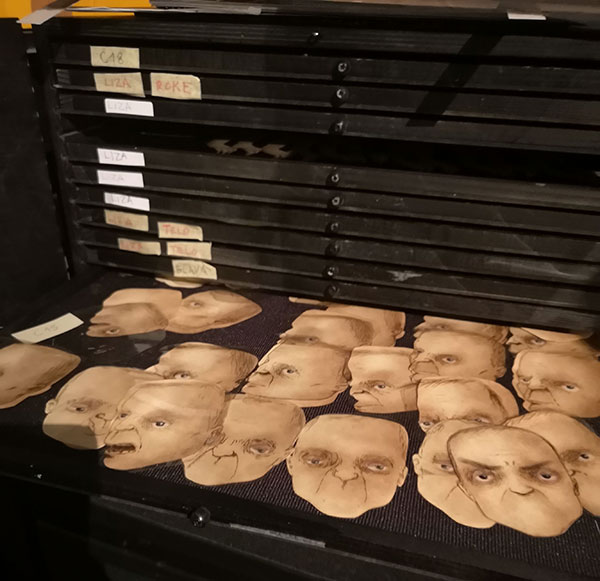 The aesthetic in Steakhouse was created with the use of a multiplane camera set up, achieving motion in animation with the help of oil-painted cell and paper cut-outs.